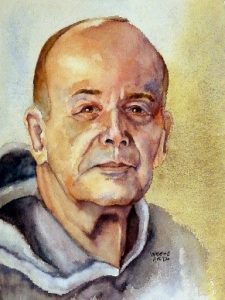 ·       During his 50+ years of Judo Mr. Weers has developed, nearly forty (40) players from beginner to Black Belt rank. Working from a dojo located in a village of 250 people, seven (7) of those black belts have earned positions on the Senior Elite Roster. Three of those players have earned medals at the Senior National Championships. Two of the players have captured international medals.

·       George served on the USJA Board of Directors for 10 years, had eighteen (18) research projects published by the International Judo Federation. One of the research projects, ‘Movement Patterns of Judo Competition’ has been replicated in Europe and cited in ‘Advances in Judo Biomechanics Research’.

·       The body of the, above sited, research was also used in developing the United States Army hand to Hand Combat Program.

·       Mr. Weers will be conducting a course in Coaching Concepts which will help participants, more clearly, understand the objectives and develop in their chosen discipline.

Leave a reply Click here to cancel the reply